How I write blog posts with Slice

Every kind of writer can have a simpler and more organized workflow with Slice. In this series, we’re highlighting the different ways people use Slice to focus and create.

Whether he’s writing or talking about writing, Willie Witten is a guy who gets straight to the point. The finance blogger, music critic, and options trader from Austin writes short-form content that rarely needs multiple revisions.

That’s why he’s not a fan of writing software that’s bloated with features he doesn’t need. They just slow him down.

“In short form, I’m sort of hitting it, thinking of it, writing it, I’m done,” he says.

The challenge for Willie isn’t writing, it’s getting started. That means he needs to create and find files quickly. He wants software that gets straight to the point.

So Willie turned to Slice to see if he could get that first sentence down faster. Today, Willie has a streamlined workflow – from start to finish –  that helps him work with focus.

Save time with projects instead of folders

Before Slice, grouping related files was one of Willie’s biggest frustrations.

“Every time I want to make a collection, for lack of a better word, of something that belongs
together, I’ve got to go ahead and get a folder,” he says of his previous workflow. “And then I have to continually get into that folder to do the writing.”

Finding those folders and files later on was another challenge.

“I’ve done reviews and things on Google Drive where I’ll misplace it easily. And I know it sounds dumb, because how can you with the search bar?” he says. “But I don’t want to go searching for something that I think I just wrote 10 days ago. Where did it go?”

All of this was a roadblock to writing the first sentence.

“It makes me not want to get started,” he says.

In Slice, everything is organized in projects, not files.

“I can open up Slice, select the project, and start,” says Willie.

He has a project for his blog posts where he can see the file for each post listed by date.

“So they’re all right there,” he says. “I can easily get to them. It’s more intuitive.”

Stop multitasking with tools so you can concentrate on writing

Jumping from apps and tabs can drain mental energy. This context switching can lead to stress and distraction and hurts productivity.  But now that Willie’s work is contained in one place, with files that are easy to find and arrange, he says he’s able to focus and flow with his writing.

“I don’t lose my train of thought,” he says.  “Not sure how that translates into minutes, but it’s very valuable.”

Pro tip: With Slice’s two- and three-pane views you can see multiple files at once so you can write and have your research handy at the same time. Here’s an example of how a songwriter uses the three-pane view.

Willie also uses Slice to capture ideas that don’t yet have a place in what he’s writing.

“One of the huge hurdles in writing, at least for me, is when I get a ‘nugget,’ I can lose it easily,” he says. “Slice does a good job of allowing easy access to those little artifacts.

“And so when something comes to your head, you can just quickly make a little note, drop it into the notes, and it doesn’t really mess up the flow of the main thing….It’s the same reason why you’d put a notepad next to your bed, for the things that you lose if you can’t easily jot them somewhere.”

Now that he’s developed a personal workflow in Slice, the next step is launching a writing project with a friend.

“I think that I haven’t really used the maximum benefit of Slice, which I believe would be in collaboration,” says Willie.

He says working with other writing tools with partners gets “messy” because features like multiple cursors and comments in the margins of documents are distracting.

He likes that with Slice, every project can have multiple users who can add notes and files in the background section, away from the content.

Ready to start simplifying your own writing process?

Get creative with Willie Witten

Sometimes, even the greatest process is no match against writer’s block. Willie shares how he sparks his creativity when the words aren’t flowing.

“I love music. I mean, I really love music. A lot of my inspiration comes from that. I like sound. The parts of writing I love the most are the core idea and the sound of words. I also like languages and the way that they have different syntaxes. It has always been interesting to me the way different languages shape the way that things are written.”

How he beats writer’s block:

“If I’m just being lazy, a good stroll around the neighborhood helps. If I’m really lethargic, a vigorous workout helps.

“If I’m in a place where nothing sounds right, then I will try and write something very different. I have a trading blog that really is nothing other than that. It’s a place to go when things aren’t coming out correctly. I can just breeze a few words out and hopefully clear my cobwebs.

“If it’s a deep block, as in lack of an idea, then I go back to inspiration. Maybe it’s picking up a random book by an author I like, and reading 10 random pages, or throwing on some African Jazz, or watching a foreign language film.” 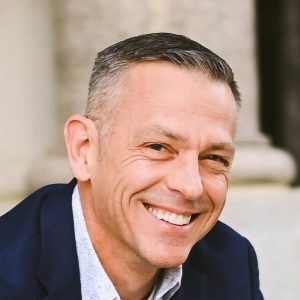 Sign up to keep up! We don’t spam or sell data. We promise.
Copyright © 2022 Slice Content Technologies, Inc. All rights reserved.